Playing good, basic video poker strategy can make you a long-term winner. You need to make the correct decision for every hand you play. To do that you need to know optimum strategy for the video poker game you play. You will do much better if you concentrate on only one or two games.

The strategies for various games is not the same. For example there is a huge difference in playing methods for Jacks or Better and Deuces Wild, two of the most popular video poker games. Even if you’re a veteran player, some hands dealt might stump you. Say you’re playing jacks-or-better and the machine deals you: JH QH 4S 5S 6S. What would be your hold/discard strategy for this hand?

Keeping the three spades could result in a straight flush, a flush, a straight, three-of-a-kind or two pair. Or you could go for the royal flush by holding the suited J Q? I analyzed the correct strategy for this hand with the help of the BVS video poker software program.

It shows that holding the three sequential low cards is marginally better, but it wouldn’t be a serious mistake if you kept J Q. (Learn more about BVS Video Poker Strategy Software)

Another Video Poker Puzzle for you

The combination of an expert strategy and machines offering 99.5% long-term payback can make you a lifetime winner at video poker. But playing games offering 99.5% payback does not mean that for every 100 coins you feed into a machine you’ll get 99½ coins back!

The actual results you will achieve will be based on your personal video poker strategy skill level. The more expertly you play, the better your chances of becoming a long-term winner.

Let’s be realistic and accept that because humans don’t play with computer-like precision, our expected return percentage will be reduced by at least one percentage point. From 99.5% to 98.5%, assuming we hit one royal flush every 40,000 hands, on average. That translates into the machine keeping 1½% for the casino!

If the Royal Flush shows up only half as often at it is statistically supposed to appear, add another 1% and the casino’s edge becomes 2½%. And this is based on always applying perfect strategy and only playing machines with the  best pay table you could possibly find. 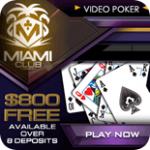 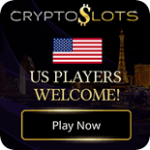