Poker games are the best known and most popular card games played for money. Although the origins are unknown, poker is played by hundreds of thousands of enthusiasts all around the world.

In spite of the fact that there are several types of poker, most games are played with a standard 52-card deck. The cards are ranked based to the value of the number on the card or the value of the face, like: Ace, King, Queen, Jack, 10, 9, 8, 7, 6, 5, 4, 3, 2. Aside from being the highest card in the deck, an Ace can also be used as the lowest to complete a low straight.

The objective of poker is to win the pot. The pot is the money that accumulates as players who remain in the game keep raising their bets. There are two different types of poker games: draw poker and stud poker. In the first version you can draw new cards from the deck after the initial cards are dealt and you bet after receiving your initial cards and after you draw new cards. In stud poker games you play with your initially dealt cards. Some cards are face down and some are face up, you resume betting after each new face up card is dealt and after the last face down card is dealt.

Texas Holdem has become the most popular poker type. It is extremely entertaining and is played more than any other poker game. It can be played with from two up to ten players. The game consists of four betting rounds and it is played with each player receiving two private cards face-down and five community cards face-up placed in the center of the table, to be shared by all the players. The player with the highest hand at the showdown wins the pot. Additionally Texas Holdem is the game that determines each year’s World Series of Poker winner.

Omaha Hi is also a popular poker game, consisting of four betting rounds. It can be played between two to ten players, where each player receives four private cards face-down and five community cards face-up placed in the center of the table, to be shared by all the players. Each player creates the highest valued hand, using any 2 of their four private cards and any 3 of the five community cards.

Omaha Hi Lo is another version of the game with same rules. Each player creates the highest valued and/or lowest valued qualifying hand using any 2 of their four private cards and any 3 of the five community cards.

Seven Card Stud is played by between two to eight players. Betting in Seven Card Stud consists of an initial ante, preceded by five betting rounds and the game is played with each player receiving three face-down cards and four face-up cards. Each player creates the highest valued hand using any combination of 5 of their seven total cards.

Seven Card Stud hi Lo is another version of the game above with same rules where each player creates the highest valued and/or lowest valued qualifying hand, using any combination of 5 of their seven total cards.

Caribbean Stud Poker is a bit different from the above mentioned poker styles. In Caribbean Stud everyone plays against the casino or room – acting as a bank/dealer -, paying out all winning bets. To win the player must beat the dealer’s hand. 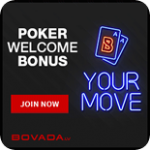 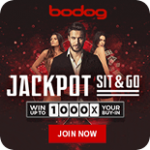