A Method for Betting on Inside Roulette Numbers

Winning with inside roulette numbers pays 35 to one. The trick is knowing on which number the little white ball will come to rest next.

Theoretically, on a 100% flawless roulette wheel, every number should hit with equal frequency – and it does, over thousands of hours of play. But over shorter periods, the game produces streaky results. During an hour of play (about 40 spins of the wheel), many numbers show up twice, and some appear three, four, and even five times each, while others will not hit at all. This uneven distribution is caused by random fluctuations in probability, or maybe by a faulty wheel.

The likelihood is slim, but there is a remote chance that, while tracking inside roulette numbers, you’ll come across a wheel that is “biased”. Biased means the wheel may be imperfect in some way, causing the ball to land disproportionately more often on certain numbers. Find a truly biased wheel and you just might “break the bank.”

Tracking a wheel for 80 spins is not sufficient to tell with certainty whether repeat numbers are caused by wheel bias, or by random fluctuations in probability. Either way, taking a chance on playing the inside roulette numbers that are hitting often can’t hurt. The pattern may continue, whatever the reason.

Another approach is to bet on “sleepers.” Sleepers are numbers that have not shown up at all in 80 or more spins. Those numbers may be “due” to hit. No guarantees, but if certain numbers have missed their theoretical turn, chances are they will come out of hiding before long. I strongly believe that betting on “repeaters” and “sleepers” holds more promise than blind guessing. Repeaters and sleepers are “strong” inside roulette numbers to bet on.

We must have sufficient data before we can make intelligent wagers on individual numbers. That’s why we record the outcome of every decision while making even-money bets during the first stage of playing the system. We look for “strong” numbers.

I suggest keeping track of 80 spins (approximately two hours of play at a reasonably busy casino roulette table), before deciding which inside roulette numbers to bet on.

Standing around watching roulette results for two hours without participating would be utterly boring. You can make the task more interesting by joining the players, making minimal even money bets on Red/Black. Wagering the table minimum, chances are that winning and losing decisions will occur equally often. You could end up with a small win or, at worst, a minimal loss.

As an alternative you could find a slot machine facing the roulette scoreboard. Play the slot slowly, one coin at time, while simultaneously recording the roulette numbers.

Here is how to keep a record of 80 decisions with minimum effort. Simply come equipped with pen and notebook, where you have already written the inside roulette numbers 1 to 36, plus 0 and 00 in vertical or horizontal lines. As soon as you know the result of a spin, put a mark next to, or under the corresponding number on your sheet.

Once you have recorded 80 decisions. Check your scorecard. Most numbers will hit once, some twice and two or three numbers might have shown up between 3, 4 and even 5 times. And a few numbers will not have hit at all.

For example you might have numbers 5, 13, and 24 hitting three times each, number 10 hit four times, while numbers 12 and 35 have not appeared at all. In this scenario you have four frequent hitters and two sleepers. The results will be different each time. Sometimes you will have fewer, other times more multiple hitters and/or sleepers. The elimination process usually leaves between 6 and 12 numbers. These are your strong inside roulette numbers. Circle them on your score sheet, and bet on them.

At most casinos in North America the minimum bet at roulette tables is $5. I suggest you buy in for $100, which gives you 20 $5 chips.

You know the routine now, as long as you keep winning, keep betting.

Limit your risk of loss

The beauty of this inside roulette numbers method is that you have a realistic chance of making a tidy profit, while limiting your downside risk to a maximum of $100.

Inside Roulette Numbers or Outside Roulette Numbers. If you play roulette online, I recommend Sloto’Cash Casino, where they offer the European (single-zero) wheel and you get a bonus of up to $350 over two deposits! You can play inside roulette numbers or make outside number bets for as low as $1 a spin. The American (double-zero) game is also available, but why would you choose the double zero wheel? This has a 5.26% hold, whereas you can play the single zero game with only 2.7% points against you!

Even in Las Vegas, single-zero roulette can only be found in a few of the big, posh casinos, and then usually only in the high limit area. At Uptown Aces Casino you can be a low budget player and still take advantage of the same low house edge that only the high stakes gamblers enjoy in Las Vegas. 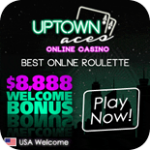 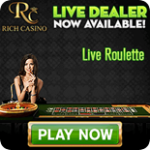 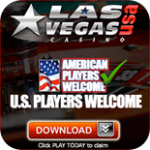