Craps Rules and Strategies You Can Understand

Perhaps you shied away from playing craps because the craps rules seem so daunting. True, at first glance, a craps table layout looks quite confusing. There are a variety of bets that you can make, and everything seems so puzzling. Actually the basic game is quite simple. It’s easy to learn.

As you’ve perhaps observed in Las Vegas casinos, craps play involves rolling a pair of dice. The player who rolls the dice is known as the “shooter”. When two dice are rolled, any number between 2 and 12 can come up. Some numbers appear more often than others. For example there are six different ways to roll a 7, but only one way to roll a 2 or a 12. The number 7 has a better than 16% chance of coming up on each roll, whereas there is less than 3% chance of rolling a 2 or 12. Probabilities for other numbers are as follows: 6s and 8s under 14%, 5s and 9s nearly 11%, 4s and 10s almost 8%, 3s and 11s slightly less than 6%.

As you can see 7 is the most frequently rolled number, that’s why the rules revolve mostly around that number. The number 7 wins only if it comes up on the come-out roll. If it is rolled while the shooter is trying to repeat his point number, the 7 loses, but the point number wins. More about that part of the craps rules in a moment.

Craps table layouts at online casinos usually show only one half of the table. In a live casino the second half is exactly the same, making it a bigger table so that more players can join in and place bets.

When a new shooter rolls the dice the first time it’s called the “come-out” roll. Supposing the shooter rolls a 7, then a 5, that means the 5 becomes the point. According to craps rules, the shooter continues to roll the dice until his point number (in this case 5) repeats or he “sevens-out” (rolls another 7). When either of these things occur, that particular round of play is over. A new shooter makes a new come-out roll.

The game is tracked using a plastic marker. This marker is black on one side, and white on the other. When the marker is turned black side up, it indicates that the shooter is making a come-out roll. After the shooter makes his point, the marker is flipped over, with the white side up, and placed on the number that corresponds to the point.

Placing bets at the craps table

While this is going on, you can place your first bet. On the table layout you’ll see two lines, one marked “pass”, the other “don’t pass”. For now we’ll see how the craps rules apply to the more popular of the two, which is “pass”. Pass and don’t pass bets are basically direct opposites of each other but carry about the same odds.

Let’s say you have made a pass line bet and a point of 5 has been established. Craps rules now allow you to bet an amount equal to your pass line wager by placing it behind your pass line bet, but outside the pass-line strip. This means it’s an “odds bet” on 5. If a 7 turns up before a 5, you lose both bets. If 5 is thrown before 7, you win both bets.

The odds bet is the best casino bet you can make because the house has absolutely no edge. The casino will pay you true odds. For example, if you’ve bet pass line with odds and the point is 10, you will receive a 2-1 payment on your odds bet. Strict craps rules determine the amount you win. It depends on what the point is, and how difficult it is to roll that point number. (See the percentages in an earlier paragraph.) On points of 4 or 10 the pay-off is 2 to 1, on points of 5 and 9 it’s 3 to 2 and on points of 6 or 8 you get 6 to 5.

Now you know the most favorable and most popular craps rules and craps bets you can make. The casino edge on a pass line with odds bet is less than 1%. There are many other types of bets, most of which have too great a house advantage. For now stick to what you’ve learned here and stretch your craps budget. You will get to know about other craps rules and “sucker” bets soon enough. 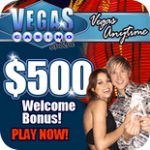 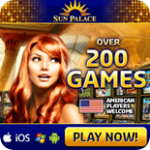